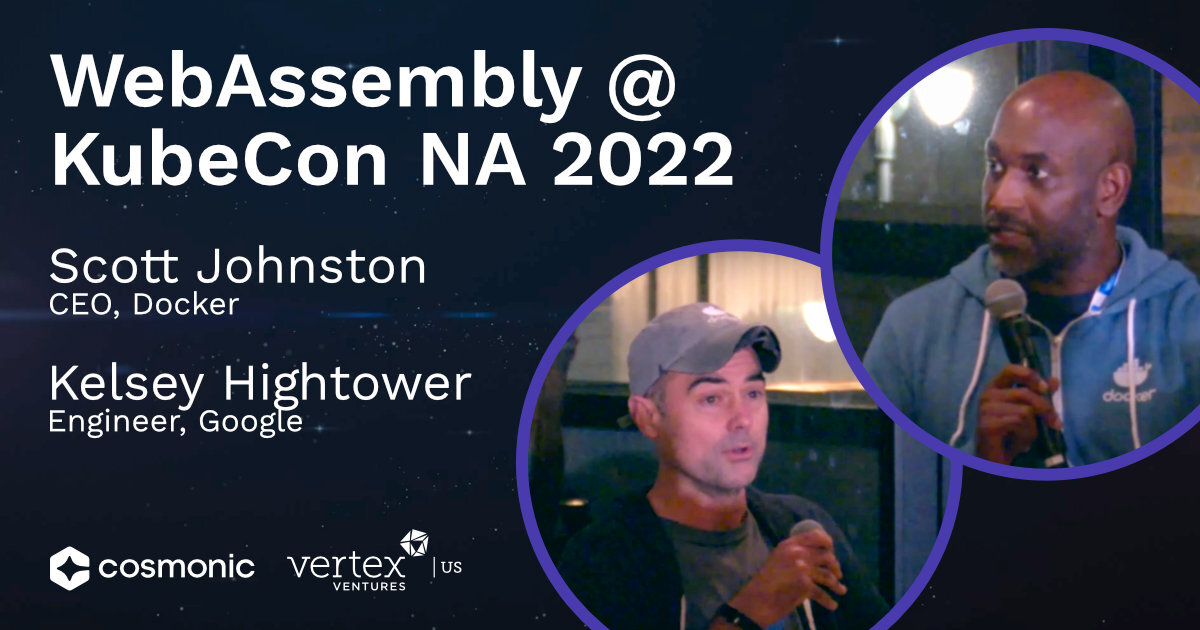 Last week during Kubecon, Vertex Ventures joined Docker CEO Scott Johnston and cloud luminary Kelsey Hightower for a fireside chat. The conversation immediately turned to the hottest trend in technology - the rise of WebAssembly (Wasm) in the Cloud Native ecosystem.

In Cloud Native application development today the majority of code built into applications is from open source libraries. This is code that the developer isn't writing themselves though they are responsible for any upgrades for vulnerabilities or patches. "Some 90% of all applications today are built from open source components and the new original code that’s added for the application is 5, 10, 15% at most", said Scott.

One of the areas we see as most promising with Wasm is its flexibility to run anywhere, cloud to edge. Kelsey had a great point, "With this Wasm layer, you can actually have people drop functionality in various languages or in some Wasm compatible thing, and in that situation you can decide does it run in the browser, does it run in your CDN or do you push it all the way back to a serverless platform that supports a Wasm native runtime." Combined with Cosmonic's PaaS, applications are distributed, composed at runtime, and leverages Wasm to run anywhere.

We’re proud to work with Vertex Ventures, our seed round investment partners, to enable us to innovate and bring WebAssembly to any cloud, any edge, at any scale.

Interested in learning more? Check out these great talks:

Stay tuned for a more in depth discussion from our engineers!